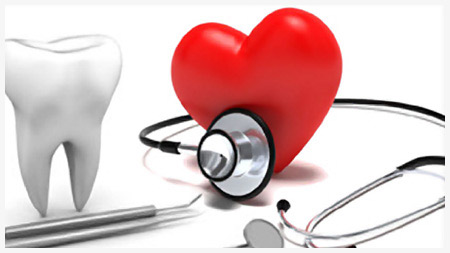 We’ve all known or heard of someone who died suddenly of a heart attack for no apparent reason. That 50 year old neighbor, seemingly healthy with no history of cardiovascular disease, found dead in his back yard after having a massive heart attack. What if this deadly heart attack could have been prevented by a simple visit to a dentist? Sadly, I could have been that man found dead on the  lawn, had it not been for a dentist who saved my life.

Those that know me say I make the energizer bunny look lethargic. I wake up each morning with vigor and I always embrace the day with zest. I believe in seizing life to its fullest. About a year ago that all changed. My zig no longer zagged. I started going to bed tired and waking up even more exhausted. I was experiencing headaches and having a hard time concentrating. I went to see my doctor who did a complete physical and he discovered I had developed high blood pressure!! What?! How could that be possible? I’m a nutritionist. I eat clean and I exercise regularly. When the results of my blood test came back, I learned that I had elevated C-reactive protein (CRP). CRP is produced by the liver and rises when there is inflammation throughout the body. CRP is considered one of the major predictors of a future heart attack. My CRP measured a staggering 9.8 mg/L! Anything above 3.0 is considered a very high risk for heart attack and stroke.

The body produces CRP during the general process of inflammation which is why it is called the “marker” for inflammation in the body. Your level of CRP is a good indicator of how at risk you are for developing cardiovascular problems.   In fact, research shows CRP predicts cardiovascular risk more accurately than a person’s cholesterol levels. Data from the Physicians Health Study, a clinical trial involving 18,000 apparently healthy doctors, found that elevated levels of CRP were associated with a 300% increase in the risk of heart attack.

In addition to an elevated CRP, my white blood cell levels were also high, meaning my body was clearly fighting some type of infection. This internal inflammation was causing a chronic low-grade fever, high blood pressure of 170/110; normally my levels are 120/82, and a resting heart rate of 90; normally I’m at 50. With all these factors, I had “the perfect storm” for a massive heart attack! I immediately went to a cardiologist who performed a stress test, EKG and a nuclear heart scan. The findings showed my heart was normal and I had no blockage whatsoever. This was great news; however, I was anything but normal. As the months progressed, I felt even more miserable! No one could give me any answers. I only knew my body was suffering from systemic inflammation but I had no idea why.

Then one day while at a writer’s convention in California I met a dentist named Dr. P. Piero, from Holland Michigan. He had just authored a book and was sharing it with me. As I thumbed through the pages, I noticed a section on C- reactive protein.  I asked him why a dental book would have a section on this inflammatory marker? What he told me next would finally bring answers on why I was having so many health issues. Dr. Piero told me that the number one cause of elevated CRP is a bacterial infection in the gums (i.e. a tooth abscess). This creates inflammation inside the gums, which enters the bloodstream and travels throughout the body. I explained to him that I did not have any tooth pain so this couldn’t be the culprit. He then asked me if I have had any root canals? I told him I’ve had three. Dr. Piero shared that in a root canaled tooth, the nerve is destroyed so I may feel no pain.

When I got back home, I made an appointment with an Endodontist who performed a dental cone beam scan. He discovered one of my root canaled teeth was so badly abscessed it had eaten away part of my jaw bone! I made an appointment with an oral surgeon who had to extract the entire tooth and cut out the infection in my jaw bone using a tiny saw. The pain was excruciating! He would later pack cadaver bone inside the hole in my jaw, which will need to sit for approximately 6 months before I can get a dental implant.

The oral surgeon that performed the procedure explained that a root-canaled tooth is essentially “dead” which makes it silent incubators for highly toxic bacteria which can make their way into the bloodstream leading to a number of serious medical conditions—many not appearing until decades later.  Within two days of having this failed root canal removed, I felt alive again! My energy, drive, endurance was back to normal! My heart rate and blood pressure were normal. After getting another blood test, I was happy to see my CRP was now at a normal level of 1.4 mg/L!

If you are told by your dentist that you need a root canal, there is a safer alternative. Instead of opting to keep a dead tooth that will rot in your mouth, opt for a dental implant. Trust me, it’s MUCH cheaper in the long run and safer! Had I not met Dr. Piero, I feel certain I would have ended up a healthy nutritionist found dead in my yard from a fatal heart attack.

The next time you go to your doctor ask him to check your CRP level.  I believe this should be a routine part of everyone’s annual physical. There are two tests for CRP. One can show a non-specific elevation of CRP that occurs with general inflammatory changes in the body; the other test is called hs-CRP – highly sensitive CRP – which is a measure of inflammation in blood vessels. This is the test needed to help establish heart disease risk. Thankfully, more and more doctors are realizing the importance of measuring hs-CRP levels along with cholesterol to determine the risk of heart disease and to evaluate disease progression and prognosis in those who already have cardiovascular disease. Be sure and ask your doctor for this test to determine if you are at risk.