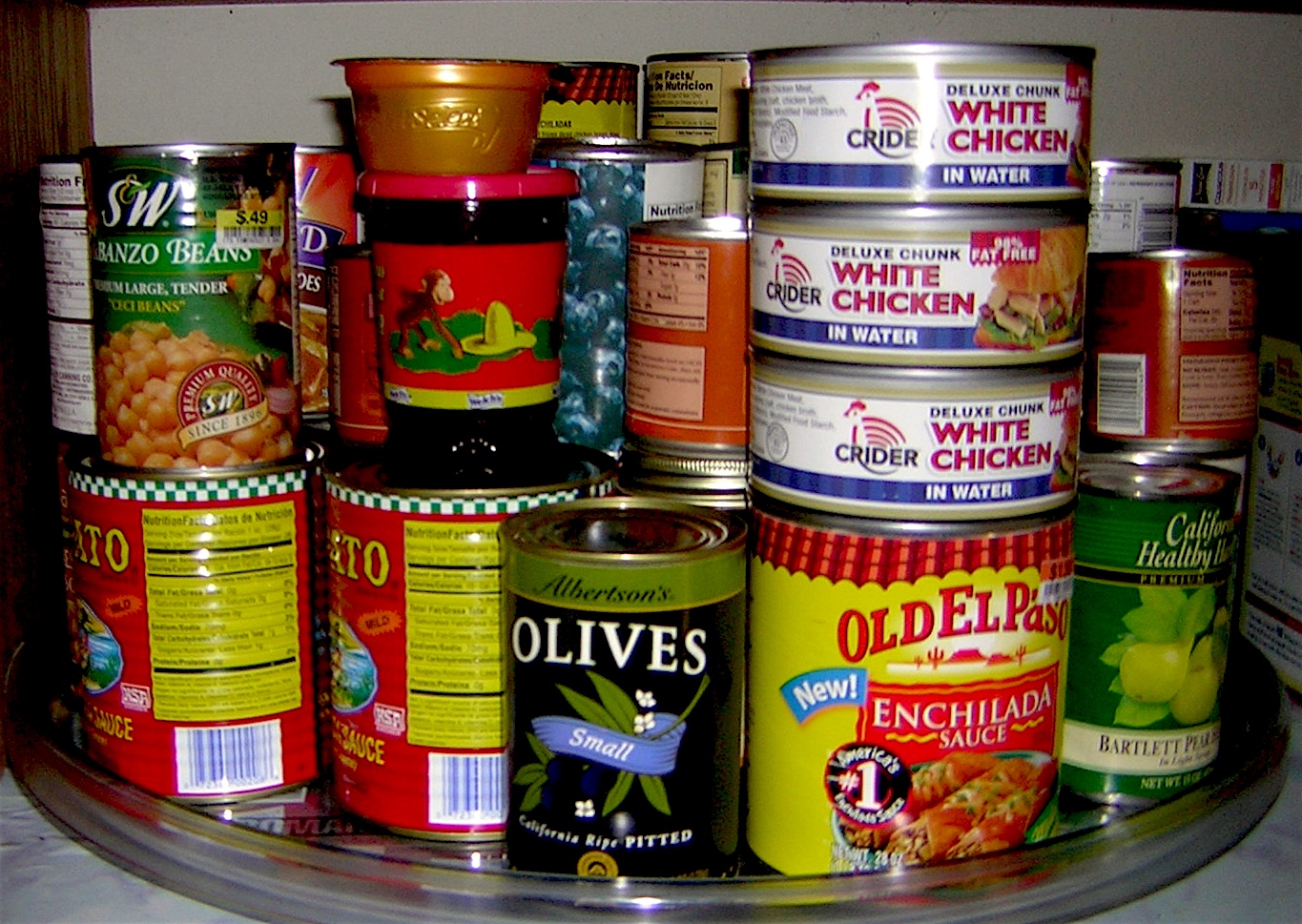 We’ve all been there — you’re in your kitchen pantry and come across something you forgot you purchased.  Then you look at the top of the can and discover the expiration date has come and gone.   Now what?  Do you assume the food magically turned poisonous on that day and discard it?  Actually, canned foods can remain edible long after the manufacturer’s suggested expiration date.

I’m embarrassed to admit this, but I was one of the millions of people that stock pilled cans of food in 1999, in preparation for “Y2K —the end of the world!”  This Y2K prediction was based on the fact that computers had neglected to account for the new four-digit year “2000,” and only read two-digit years like “99,” which stood for 1999. In preparation for this apocalypse, many Americans purchased a year’s worth of canned foods, dehydrated food, and jugs of water.  Myself included.   I remember watching the ball on Time’s Square drop, then came the countdown to doomsday: 5-4-3-2-1 . . . Happy New Year!   To my amazement,  my electricity was still on. My phone and computer was still working.   I didn’t hear any riots or gunfire in my neighborhood like the media had predicted.  No Armageddon!  But I did have a stockpile of canned food!

Fast forward ten years later to 2010 and, sitting in the back of my cupboard shelf,  I discovered a can of green beans from my Y2K stash.  I was about to toss it into the trash but my curiosity got the best of me and I decided to open the can and see just how rotten the food had become.  To my total disbelief,  the green beans looked great and smelled normal.  A decade past the expiration date, how could this be? I gazed into this green bean time capsule and pondered my next move.  Should I taste them?  One of the biggest protective mechanisms we as humans have is our keen sense of smell. When we smell food, our olfactory system communicates with the brain to figure out if it’s okay to eat it.   Now I was craving green beans and decided to take the plunge. After cooking them, I tasted a tiny nibble of a ten-year-old green bean and… it was actually good!

The vast majority of food date labels, including “sell by,” “use by” and “best if used by,” are food manufacturers’ suggestions for peak freshness and taste, rather than indicators of food safety or health concerns.  These misleading expiration dates are one of the biggest contributors to food waste worldwide, with perfectly edible food being thrown out due to food insecurity.  Americans throw away approximately $165 billion worth of food each year, and for the average American family, that can be up to $2,200 per household, according to a study by the Natural Resources Defense Council (NRDC).   A  key factor to shelf life isn’t the expiration date on the can, it’s the method which you store the food. For example, cans stored in a cool location instead of sitting on the shelves in your hot garage will stay fresh longer.

So the question remains,  just how long after the expiration date are canned foods still okay to eat? One year, five years, ten years? Actually, there have been cases where canned food has survived a hundred years with no microbial growth whatsoever. In 1865, the steamboat Bertrand sank to the bottom of the Missouri River.  It was found  in 1968 (over a century later). Among the items pulled up from the wreckage were several cans of food,  brandied peaches, oysters, plum tomatoes, honey, and mixed vegetables. In 1974, chemists at the National Food Processors Association (NFPA) analyzed the products for bacterial contamination and nutrient value. Although the food had lost most its fresh smell and appearance, the NFPA chemists detected no microbial growth and determined that the foods were as safe to eat as they had been when canned more than 100 years earlier.

The general rule is you can eat most canned foods from 1 to 6 years after the expiration date if kept in a cool, dark place and the cans are in good condition.   However, don’t let the calendar guide you. There are four basic rules you need to follow before you dive into that can of  SpaghettiOs that expired back in 2010.

1. Inspect the can.   If the can is damaged or rusted, this increases the risk of the food being contaminated. If the can is bulging or leaking fluid, throw it away immediately. With food items like olives, pickles, relishes or preserved fruit, observe the quality of the oil, syrup or brine. There may be a problem if the liquid appears muddy or opaque or if the liquid level has dropped significantly.

2. Open the can.   If everything is so far, so good, go ahead and open the canned food. If while opening,  it makes a hissing sound and/or liquid spurts out of the can, discard it.   On visual inspection, the first thing to note is the color of the food. Minor color change over time is normal, but a big alteration in color or a lack of color signals a problem.  If you see any mold, throw the contents in the trash.

3. Smell the food.   If the above steps go well, give the food a good sniff. There is no better judge as to whether food is rotten than the olfactory test!  It should smell fresh without an unusual or unpleasant odor of any kind.

4. Taste it.   Lastly, you can give the food a taste. Keep in mind that long-term storage can affect the flavor of some foods, particularly if it was sweetened.

Don’t be so quick to toss out or donate those canned food items sitting on your basement shelves just because they hit their expiration date.  When all else fails, crack those cans open and use your eyes and nose to determine if they are still edible. Chances are, they will be.